Types of cooling tower:- Utilities are neither a reactant or nor a catalyst still its absence can impact the chemical reaction. Utilities are equivalent to the heart of any industrial process as they play an important role in maintaining adequate requirement of a product process.

There are different types of utilities used in chemical industry, among those we are talking about the basic utility and i.e. cooling water. Wide use of cooling water can be see in manufacturing industries such as in reactor’s jacket, in heat exchangers, in jacket of furnace and many more.

Cooling water is a utility that is used as both cold side and hot side fluid in heat exchangers depending on the temperature requirement. The general flow of the cooling water in an industry is described below steps.

What is a cooling Tower?

Cooling tower works on the principle of evaporation. Hot water is sprayed from the top of cooling tower which exchange heat with the atmospheric air and results in reduction of temperature of hot water.

Natural draft cooling tower works on natural convention to circulate the air completely through the tower. Hot water that comes from the plant and is to be cooled pumped using pump to the top of the cooling tower which is considered as inlet of cooling tower or hot water inlet.

The hot water inlet is connected to a series of nozzles also know as distributor with the help of which it get spray over the fill material evenly. The purpose of filling mater is to provides a more contact surface area for heat transfer. Fresh air is induced at bottom of the tower and which then flows in the upward direction where heat transfer takes place between warm water coming from top and and cool air coming from lower side. The hot water reject heat after contact with air and in that process fraction of water gets evaporated.

Water getting cooled after heat transfer collected at basin or the bottom of the tower and hot/Warm and moist air get discharged from the top of the tower to the atmosphere. Air movement takes place because of difference in density between the air that enters inside and the one that is already inside within the tower. The warm and moist air is denser as compared to the cool air and therefore, it rises through the tower. The dry and cool air from outside the tower will fall in, creating a constant cycle of air flow.

In the Forced draft system, an exhaust fan placed at the base which forced the air to flow from the bottom to top of the tower. A drift eliminator is installed inside the tower to prevent the loss of water droplets along with the forced air.

This was the classification of mechanical draft industrial cooling tower based on the placement of fans.

Another types of cooling tower are categorized is based on air flow pattern. There are two type

Hope you like this tutorial on cooling where we had tried to cover all the aspect about cooling tower along with cooling tower calculation. In meantime, you can detailed post on Vapour absorption Chiller (VAM) which is used in the chemical industry to create chilling water. read If you find this information useful then do appreciate us in the comment section and in case you find some information missing then let us know, we will incorporate it in our article. 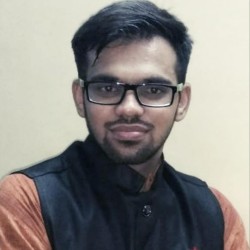 A Chemical Engineering professional who is learning and developing himself to get into more deeper of engineering concepts.